Our store is temporarily closed. We hope to begin accepting new orders by Spring 2022. 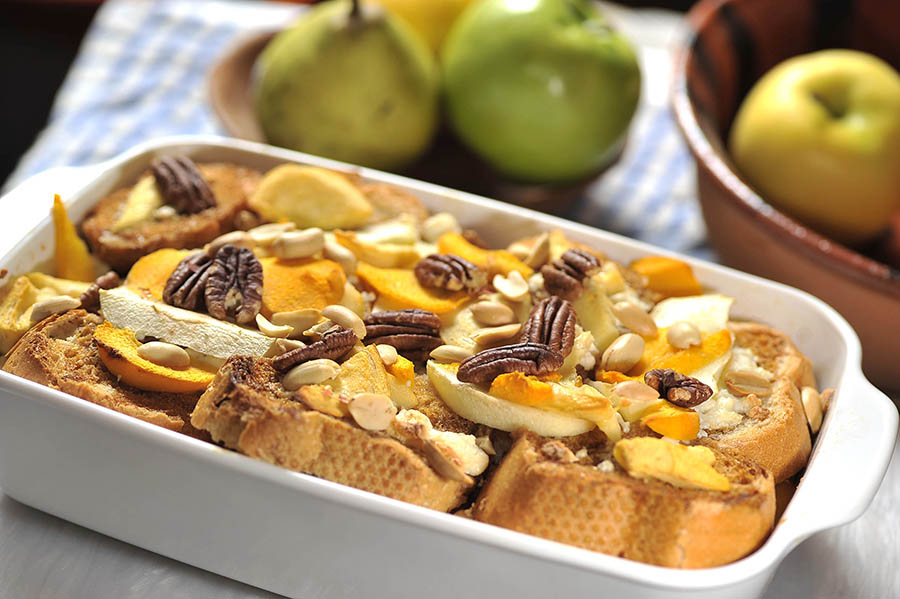 In a pyrex, place bread slices to cover the bottom, spinkle half of the raisins, half of the peanuts, half of the walnuts, half of the dried fruits, half of the queso añejo. Place another layer of bread, and cover with the same ingredients than the lower layer. Pour the previously made honey over the whole preparation. Cover with foil and refrigerate until ready to bake, up to 4 hours.